Private or Public Interest: What can we tell from Trump’s Cabinet appointees? 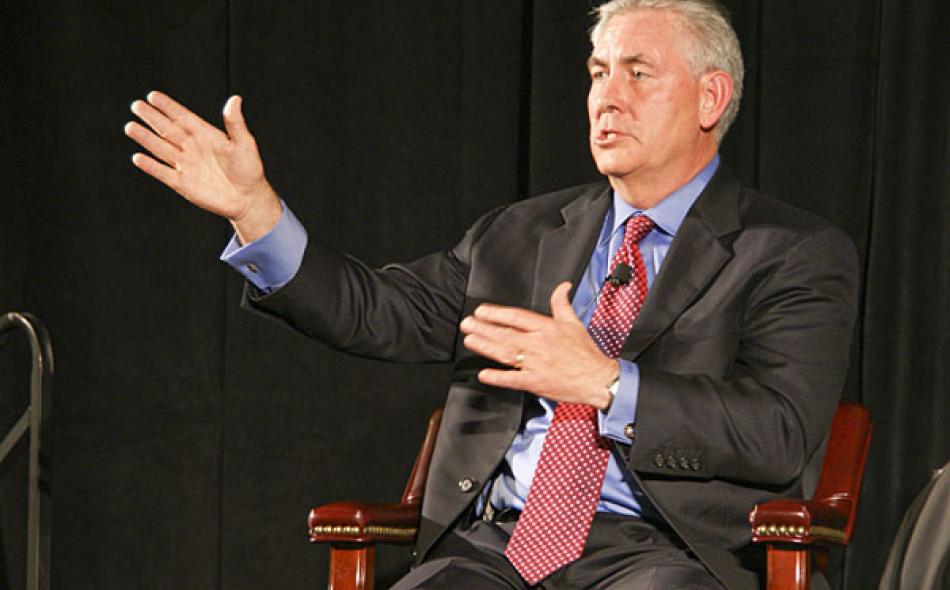 Rex Tillerson, Donald Trump's pick to be Secretary of State, is one in a group of the president-elect's Cabinet nomiees with corporate ties and possible conflicts of interest.

This week, Congress begins the first round of confirmation hearings for President-elect Trump’s Cabinet. After a bombastic Presidential campaign that was often short on policy specifics, the Cabinet selections provide an initial glimpse into how first-time public officeholder Trump will actually govern. While the role of rural America in electing Trump has been well documented, the first impression from the proposed Cabinet is troubling and is raising red flags for how the Trump Administration will respond to key rural issues. It is notable that a position very important to rural America, the Secretary of Agriculture, remains vacant and appears at the bottom of the list of priority positions.

In too many rural communities, natural resources and profits are extracted for the gain of outside—often multinational—investors at the expense of the people that live there. The Rural Compact, an effort we contributed to in 2008 as part of the National Rural Assembly, outlines a set of values and priorities for rural America and continues to be relevant today in assessing Trump’s appointees. The Compact states:
Rural America is more than the land…When rural communities succeed, the nation does better, and cities and suburbs have more resources on which to build. Conversely, when rural communities falter, it drains the nation’s prosperity and limits what we can accomplish together.

As Trump’s appointees make their way through the confirmation process, we’ll be looking at how the proposed Cabinet addresses four key challenges particularly relevant to rural communities:

Trump’s proposed appointees are just beginning the confirmation process, but first impressions are troubling. It is essential on a multitude of important challenges the country faces, rural and urban communities alike, that government officials represent the public good and not just narrow corporate interests. The increasing influence of corporations and financial firms in government and elections is a growing threat to our democracy, and not exclusive to any political party. Yet, Trump’s proposed cabinet takes this corporate influence to another level. The scope of corporate connections, combined with the enormous financial holdings of many of the appointees, poses the potential for conflicts of interest that must be settled before they take office. Many of the appointees will direct departments with jurisdiction over their former business or investments. Examples include:

Trump has particularly aligned himself with Goldman Sachs, the financial giant he assailed during the Presidential campaign. Now Trump has filled his staff with four former Goldman employees and the company’s lawyer. Aside from its role in the financial collapse of 2007-2008, Goldman has a very checkered record as a corporate actor. Goldman Sachs commodity index funds contributed to excess speculation in 2007-2008 that disrupted agricultural markets.

In all, Trump’s selections represent the wealthiest set of cabinet members ever. Of the first 17 people Trump has appointed, they are worth an astounding $9.5 billion in combined wealth, more than the combined wealth of 43 million of the entire country’s least wealthy households (about one-third of national households, according to Quartz magazine). Many of the appointees were major campaign contributors. The Washington Post reports that six of Trump’s appointees gave almost $12 million, along with their families, to Trump and his party.

With the appointees’ enormous wealth comes a complex set of financial interests and investments across multiple sectors, including extensive foreign investments. This doesn’t include the financial entanglements of Trump himself, who will enter office with unprecedented conflicts of interest compared to past Presidents.

Government officials that personally profit from their positions would violate criminal conflict of interest laws. It’s critical that each nominee submit thorough details on their financial holdings and how they will address potential conflicts with the Office of Government Ethics. As of today, many of the nominees have not submitted complete information on their financial holdings. The Republican leadership in the Senate is pushing for committee confirmation hearings for appointees before background checks and ethics clearances have been given. This is a troubling precedent and hopefully not a sign of future secrecy in government under the Trump Administration.

Another sign of excess corporate influence within the Trump Administration is his move to establish a series of influential councils that appear thus far to be mostly composed of his friends in business. Trump’s formation of a White House National Trade Council will shift trade policy closer to the Presidency, but no information has been given on how the council will be run, who all its members will be, and whether or how it will hear from citizens. He has also set up a Strategic and Policy Forum—made up entirely of corporate CEOs to advise him on policy. The head of Dow Chemical will chair his American Manufacturing Council. A major merger between seed giants Dow and DuPont remains pending under Justice Department review and has been highly criticized by many in agriculture, including some Trump supporters, for reducing farmers’ seed choices.

There is an underlying assumption in Trump’s selections that people who are very successful in business, or who have a lot of money, are the most qualified to lead the government. But it’s not government’s job to advocate only for the narrow interests of big corporations and financial firms. It must represent the interest of all Americans, all communities and the natural resources we all are connected to.

There has been a lot of post-election analysis about what rural America thinks and why they voted the way they did. We’ve written about how Democrats have not effectively responded to key rural challenges related to globalization, agriculture policy, rural poverty and development. And about the strong need to move away from the deepening rural-urban divide and toward a more inclusive nation and discourse built on listening and dialogue.

As the confirmation process continues, we’ll continue to examine in more depth Trump’s nominees to assess whether their experience and views reflect the perspective that “rural America is more than the land.”