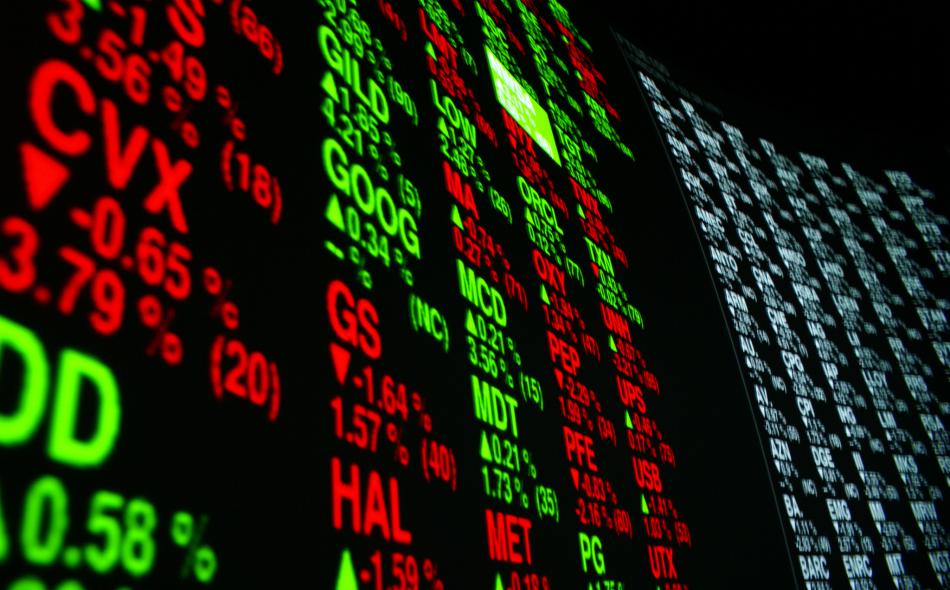 The Commodity Futures Trading Commission (CFTC) co-hosted, with Kansas State University, its first conference on agricultural derivatives contracts outside of Washington, DC, April 5-6 in Kansas City. A meeting of the Agricultural Markets Advisory Committee (AMAC), the usual venue for discussing how the contracts are working or not for producers and processors, preceded the meeting. (I didn’t arrive in time for the AMAC meeting, but note that its agenda included a discussion of crop insurance, widely considered the most important risk management tool, and its intersection with the derivatives market.)

The meeting was webcast, but an edited and archived version that incorporates discussion as well as the agenda presentations has not been announced. The presentations and attendees are available here. The following report, far from comprehensive, focuses on what I regard as the most important meeting topics.

The meeting took place during a time of high anxiety for farmers and ranchers, suffering from at least the fourth consecutive year of below cost of production prices. The title of the conference, “Protecting America’s Agricultural Markets,” the agenda and speakers were all set before farmers became exposed to the possible loss of their sales to agribusiness exporters due to retaliation against President Donald Trump’s threatened tariffs on steel and aluminum imports. Less publicized, but the underlying and pre-tariff threat cause for the meeting, is the impact of automated trading systems (ATS), including ‘speed of light’ High Frequency Trading, of agricultural derivatives contracts. More than 250 participants from all parts of the commodity supply chain listened to what the invited speakers had to say.

According to a CFTC study about 48 percent of agricultural futures contracts on the Chicago Mercantile Exchange (CME) were traded by ATS in 2016, up from 38 percent in 2014. Some traders have complained that supply, demand and other fundamental factors are now less important to price formation than how ATS algorithms respond to other algorithms. ‘Algo’ trading attempts to anticipate and formulate market fundamentals, macro-economic factors and trading strategies in computer code. CFTC Chairman Christopher Giancarlo, while a Commissioner in 2016, opposed a prescriptive ATS rule, proposing instead that market participants self-regulate according to industry best practices.

The CFTC sought to allay the concerns of agricultural producers and traders about their ability to profit in the HFT environment with a panel on “How High Frequency Trading Has Changed the Game.” Professor Charles Jones, a researcher on the impact of HFT on trading and pricing in the stock market, explained that HFT was a “very simple story of technology change” that increased competition in market making and reduced transaction costs, albeit while disadvantaging those without access to HFT super-computers. Esen Onur, a CFTC economist, said that the agency, under Dodd-Frank authority, has investigated and fined traders who “spoofed” the market (i.e. who placed orders to move prices, disrupting the market without intending to complete trades).

Ed Prosser, Vice President of Agriculture Trading at The Gavillon Group, summarized his concern about HFT. He granted that HFT reduces transaction costs, but said that those savings were of little use to traders who couldn’t find contracts at any speed to reduce the price risk of their trading portfolio, since HFT positions on the CME and other markets lasted just seconds or at the most a few minutes. HFT’s addition of a huge volume of phantom liquidity (IATP’s term) to the market was not resulting in the price discovery required by agricultural traders.

Chairman Giancarlo’s introductory remarks and Senator Pat Roberts’ (R-KS), the Chair of the Senate Agriculture Committee, praise for Chairman Giancarlo formed a mutual admiration society born out of political need. The driver of that need is their mutual objective of preventing the implementation of most of the chapter (Title VII) of the Dodd-Frank Wall Street Reform and Consumer Financial Protection Act of 2010. Title VII amended the Commodity Exchange Act (CEA) of 1974, the foundational legislation of the CFTC. (IATP’s March 12 letter opposing Senate bill 2155, indicates some of the “reforms” proposed to Dodd-Frank.) A 2009 U.S. Senate investigation into excessive speculation by financial actors in the wheat market was one of the underlying studies cited in the preparation of Title VII.

When Chairman Giancarlo was a CFTC commissioner, he invited academics, such as Professor Craig Pirrong, to the energy advisory committee to repudiate the evidence that commodity index funds, dominated by oil and gas derivatives contracts, played major roles in inducing commodity price volatility, including in agricultural contracts bundled into the index fund formula. The New York Times reported in 2013 on how Professor Pirrong and kindred spirits benefited financially from their testimony to Congress and regulatory agencies.

Academics were also cited in the CFTC’s attempt to demonstrate that the dominance of agricultural commodity markets by financial actors isn’t proven by an academic analysis of CFTC data. They argue that limiting the participation of those actors in commodity markets in a position limit rule was unnecessary and even harmful. An intensively-documented and highly persuasive demonstration of the commodity index speculator damage to price formation and effective price risk management by commodity users came in a 2011 Better Markets comment letter to the CFTC about how to set the position limits authorized by Dodd-Frank.

One of the speakers at the April 5-6 meeting, Professor Scott Irwin, co-authored an influential paper on index speculation in 2010 for the Organization for Economic Cooperation and Development. Among the paper’s conclusions was that “weight of evidence clearly suggests that increased index fund activity in 2006-08 did not cause a bubble in commodity futures prices,” and that, “empirical evidence presented in this preliminary study does not appear at present to warrant extensive changes in the regulation of index funds participation in agricultural commodity market.”

Better Markets’ David Frenk criticized that paper a week after it appeared. Frenk wrote, “The study and its findings can be disregarded for three reasons: 1) The statistical methods applied are completely inappropriate for the data used. 2) The study is contradicted by the findings of other studies that apply more appropriate statistical methods to the same data. 3) The overall analysis is superficial and easily refuted by looking at some basic facts.”

The CFTC’s 2016 re-proposed position limit rule, supported by Commissioner Giancarlo, favorably cited Professor Irwin’s work and dismissed that of academics who did not support a position limit rule with numerous exemptions, exclusions and waivers for financial actors. (IATP commented to the CFTC that the proposed rule would not prevent excessive speculation in commodity markets, a Dodd-Frank objective.) Professor Irwin’s work prevailed among the CFTC commissioners and staff as evidence for the Wall Street-friendly rule. Nevertheless, he introduced his presentation explaining why agricultural futures and cash prices were failing to converge—a price discovery failure that impedes effective price risk management by agricultural producers and processors—with an anecdote intended to bury his critics.

Professor Irwin recalled how he had received a package that he thought might be dangerous, only to open it and find a check for ten thousand dollars. The sender wrote that the check could be cashed by anyone who could demonstrate that index speculators had not made physical wheat disappear from the market. Hopefully, those who chuckled at this conspiracy theorist anecdote have not been afflicted and will not be afflicted by excessive speculation in deregulated or industry self-regulated markets.

Professor Irwin and Professor Aaron Smith, another invited speaker, collaborated on a 2011 paper to explain price convergence failure as the result of a contract design failure in the Chicago Mercantile Exchange (CME) wheat contract. The proposed solution to the convergence failure, changing the fixed rate for storing grain that could be delivered under the contract to a Variable Storage Rate (VSR), concurred with the CME’s own explanation for the convergence failure. A panelist commenting of Professor Smith’s presentation, the CME Group’s Managing Director of Research and Product Development, David Lehman, also concurred with Professor Smith. (During discussion, Professor Smith dismissed the need for position limits on financial speculators.)

This blog is not the place to analyze an academic paper or a presentation based on it. However, one panelist commenting on Professor Smith’s presentation was not sanguine about the efficacy of the VSR contract modification to explain or moderate wheat price volatility. Professor Mykel Taylor, a KSU agricultural extension researcher, co-authored a 2016 study on “Market Concentration in the Wheat Merchandizing Industry” in Kansas. Her research, based on interviews with farmers and supply chain document analysis, informed her comment that the Kansas hard winter wheat difference between cash and derivatives prices of 80 cents a bushel was too high for farmers to manage their price risks by forward contracting their production to local grain elevators. As a result, Kansas wheat farmers were at the mercy of selling their wheat at the volatile cash market prices. Professor Taylor’s analysis leads one to conclude that CME wheat contract modification has not moderated the price impact of market concentration and speculation.

Under Chairman Giancarlo’s leadership, the CFTC has been reorganized to research new trading technologies and to ensure the cyber-security of the markets. Chairman Giancarlo is an advocate of giving FinTech firms a “regulatory sandbox” in which to innovate new products without worrying about regulation.

Daniel Gorfine, the Director of the LabCFTC, gave an overview of how the Commission is cooperating with industry to learn how to evaluate the use of digital ledger technology (DLT) in commodity markets. He explained that DLT is the foundation of Blockchain, an automated and anonymous computer interface used not only to create crypto-currencies, such as BitCoin, but to trade physical commodities. He said that in December 2017 Dreyfus and Crédit Suisse had joined forces to use Blockchain to export 60,000 tons of soybeans to China. Mr. Gorfine did not discuss the Blockchain-related controversies about BitCoin’s spectacular price volatility; instead he focused on DLT’s security of documentation, lowered transaction costs and efficient price discovery.

At the close of the conference, Chairman Giancarlo praised farmers and ranchers as some of the smartest people he had ever met. He promised the CFTC would do everything it could to remove regulatory barriers to their ability to manage price volatility risks. Chairman Giancarlo also said he planned to co-organize another agricultural derivatives conference outside of Washington next year and thanked Kansas State University for its support of and contributions to this year’s conference.

As President Trump’s threatened tariffs go into effect, China is targeting U.S. agribusiness exports with retaliatory tariffs, and Congress has indicated it will not support White House proposals to protect U.S. farmers from retaliation. The tariff dispute will add to the CFTC's challenges to show how it is "Protecting American Agricultural Markets." New trading technology to reduce transaction prices in the derivatives market will count for very little to U.S. farmers and ranchers faced with another year of below cost of production prices, falling cash receipts and mounting debt.